The CM Keyboard is an ad-free virtual keyboard app with brilliant features. It has 50 million users and an excellent rating of 4.6.

The Cheetah Mobile keyboard requires the following two permissions to run on an Android device:

Once you grant the required permissions to CMK, the app will open its Theme Store.

Why CMK reads your contacts?

The Cheetah Keyboard won’t send spam messages to your contacts. It reads contacts so as to suggest contact names when you’re working on a new text message, email, etc.

The size of the Cheetah Keyboard app is 12 megabytes. Once you install the app, you can start using it by changing the keyboard from the Languages & Input settings interface of the Android OS. Here are the various features of CMK:

Themes: Cheetah Keyboard provides 30+ free themes in its Theme Store. The store has three sections – hottest, newest, and trending. If you don’t like the pre-installed themes, you can design your keyboard template with CMK’s DIY tool. The theme designer utility of CMK allows you to customize the background, buttons, and font of the theme. It also allows you to add effects to the theme.

Dictionary: The CMK Android app saves the commonly typed words to the phone’s storage memory. When you update the OS or flash new Android ROM, you may lose the saved data. To prevent this, CMK provides an option to save the word dictionary file to Google Drive. To use this feature, you must log in to the app with your Google Account.

Badges: CMK rewards users with beautiful badges and add-ons when they use it as the default keyboard app for a certain duration. For example, CMK will add 50 new emojis to your phone when you use it for 3 to 4 days.

Word suggestion: Like other top keyboard apps, CMK suggests words when you tap on a key. This feature helps users in forming sentences quickly.

Emoji suggestion: The CMK application displays emoji that match the word you’ve entered in a text box. Hence, if you enter the word “Cow”, don’t be surprised if you see a cute emoji of a Cow.

Word Statistics: The keyboard app allows you to see the number of words you’ve typed with it. When you select the word the app has suggested, CMK will update its “Taps Saved” counter.

Emojis: CM keyboard provides 200+ emojis. The option to enter emojis in text fields appears on the keyboard. The app maintains the list of emojis you’ve used the most.

Effects: CM keyboard displays lovely animation when you tap on the keys. To change the effect, you must choose a new theme.

Search: The app lets users search for GIFs on the web. When you’ve found a good GIF, you can easily share it with other users.

Languages: CMK lets users type in 40+ languages. When you install CMK, the app detects your location and adds support for languages popular in your country.

Preferences: The free Cheetah Mobile keyboard app can automatically add space when you’ve finished typing/selecting the word. It supports voice input. You can disable or enable this feature from the “Preferences” interface. “Double Space Period” is the best feature of CMK. When you turn on this feature and tap on the keyboard’s spacebar twice, CMK will insert a period symbol after the word followed by a space.

Sound: The keyboard app plays a nice tone when you tap on the key. It will also vibrate the phone. You can adjust the sound volume and vibration duration through this interface.

Correction: The Text correction setting of CMK enables you to block the suggestion of offensive words.

Gesture: The Gesture typing feature of CMK is powerful. It can form complex words from letters. I selected the letters “p,o,m,e, g” and the app suggested the word pomegranate.

Conclusion: CMK is a great keyboard app. It has a nice interface and several features. If you’re searching for an alternative to the AOSP keyboard, give a try to CMK. 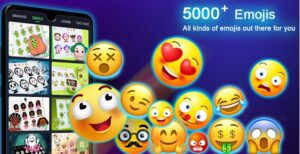 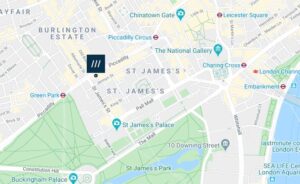