As formulas are the foundation of math, you won’t be able to solve math expressions unless you learn and understand the formula. Once you know the formula, you’ll know the steps that one must follow to solve the problem. The 1st math formula was created centuries back. As time passed by, new formulas were invented. Although you can find all the formulas and their usage in textbooks, some topics are so vast that an entire book is dedicated to a specific math topic. Thus, you may have to refer to various books instead of one.

Instead of wasting time looking for the formula in the books, you can use an app that solves math problems on your iOS or Android device. The applications will not only make you aware of the steps involved in solving a problem but will also teach you various math functions/formulas and topics.

Photomath is the most popular math problem solver app for Android and iOS. It has 100+ million users. The app supports 30+ languages. Apart from choosing a language, you’ll also be prompted to sign up or sign in with your social media accounts when you use Photomath for the 1st time. Registration is optional. PhotoMath’s OCR tool is incredibly powerful. The application detects the text/expression you’ve written and displays the same in printed format. Once PhotoMath recognizes the expression, the application solves it and displays the result.

The application lets you choose the method of solving the problem. Photomath supports two methods – formulate and FOIL. The app enables you to modify the expression and see the steps that you have to follow to solve the problem/equation. It has solutions to problems covered in various popular Math textbooks. It makes you aware of the problems you’ve scanned with the application in the past. Photomath ships with a calculator + keyboard utility. You can use this tool to type the math problem in case your phone’s camera is of low quality

Microsoft’s Math Solver app is a great alternative to Photomath. It supports multiple languages and doesn’t ask you to register an account or sign in. The Microsoft application has a powerful OCR tool. Once you scan the equation, it will display the result, a list of alternative methods for solving the problem, videos that teach you to solve the problem that you’ve made Math Solver solve, and practice equations. Microsoft Maths Solver allows you to draw math expressions on the phone’s screen. You can also write equations with its built-in calculator keyboard utility. The app allows you to share the problem & its solution with friends. You can also bookmark the same for future reference.

In Mathway, you interact with a bot. When you type questions, the bot will solve the problem and will display the result on the screen. As in other applications I’ve covered here, Mathway can show the steps you must follow to solve the question. The application supports voice input. Thus, you can read aloud the expression instead of writing it down. Mathway can extract the equation you write on paper. Users can also write the equation in this application. Mathway has a separate calculator for various topics of maths. You can use these calculators to build equations. MW is one of the best apps to solve math problems.

Cymath is the smallest math solver app for iPhone and Android OS on our list. It can recognize the problems you write on paper and solve equations you create with its built-in keyboard. When I scanned the equation, the application displayed a “mismatched parenthesis” error a few times. It also displayed an invalid expression instead of the equation I had written. Cymath was able to recognize the equation at the 4th attempt. The above applications extracted the problem written on a paper in one shot. Other features of Cymath are as follows:

Did I use the above apps? Yes, the applications solved complex and simple math expressions I had written on a paper. You can use the above applications to learn math or check if the answer you’ve got after solving an equation is correct or incorrect. Experts who want to save time wasted in solving math problems can also use the apps. 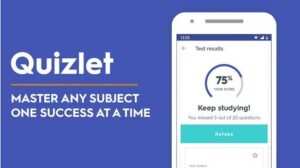