People try different things to bring a smile on their friend’s face. Some people have a great sense of humor, others employ pranks to make people laugh. Before the smartphone revolution, people used objects to play a prank on someone.

These days, Android developers launch prank apps that make use of the phone’s processor and GPU to show realistic animation on the screen. The animation may scare a person or make him tense. These applications are meant just for fun.

If you’re searching for such applications, go through the following paragraphs where you’ll find the best prank apps of 2020. 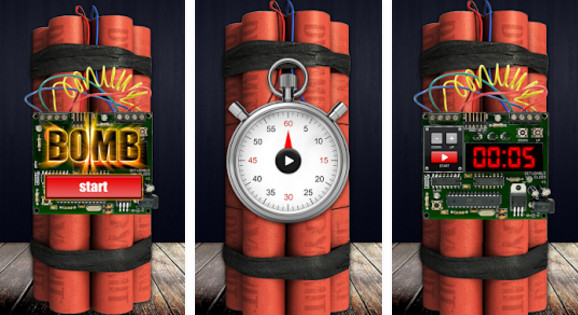 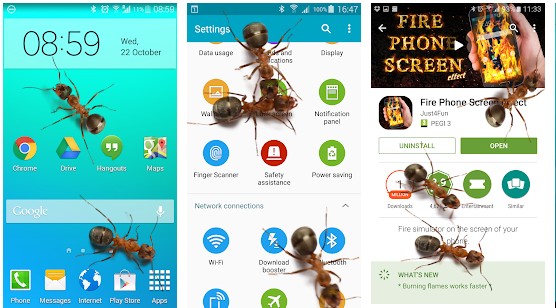 If your wife, husband, or sibling is afraid of ants and you’re looking forward to playing a prank on him/her, download this app. You can configure AOS to show ants crawling on your phone’s screen after a certain time interval.

AOS has the option to show ants on the screen immediately when you tap the button it displays on the notification bar.

Snake on Screen is another top-rated application developed by the company that has launched AOS. Instead of Ants, it shows a snake. 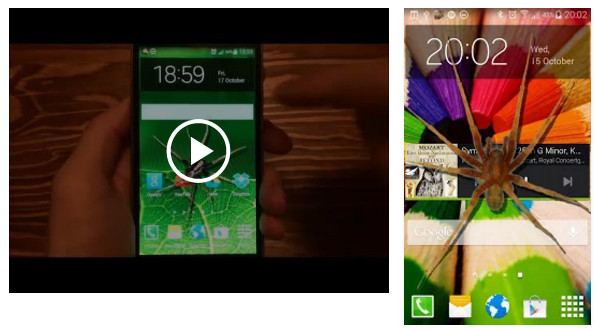 Many of us freak out on seeing a spider in our room or on our stuff. Spider is one of the weirdest insects on our planet. If you want to play a spider prank, download this application on your mobile. The app has a realistic spider walking animation. It is 9 megabytes large and works on all versions of Android.

Spider In Phone ships with a countdown timer. It adds a button to the notification bar to enable or disable the animated spider on the screen. 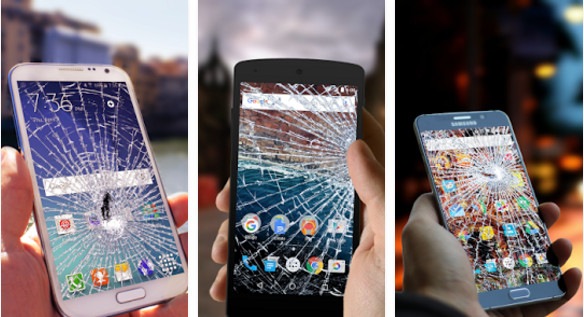 BS supports four cracked glass effects and plays breaking glass sound when you turn on the effect. You can configure this application to activate the broken glass effect when the user touches the screen or shakes the device. BS offers realistic effects. It is free (like the above applications). 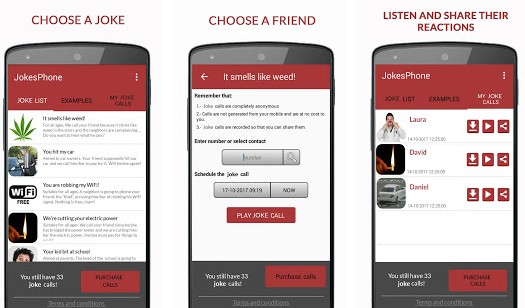 JokesPhone is one of the best apps for making joke prank calls. Before making a call, this application allows you to listen to a funny conversation that took place between two persons. Its interface has three tabs – Prank List, Examples, and My Calls.

JP shows a list of the prank call scenarios and displays two buttons beside them in the Examples interface. Tap on the play button to listen to the joke.

Once you find a funny joke, open the Prank List interface and tap the joke you want to send. Now, enter the phone number of the person to whom you want to call and tap the red button. The app supports free calls. It is easy to use.

Prank Calls Free is a good alternative to the above applications. It displays a list of voice pranks on the interface. You must select an item from the list and then, you must choose a phone number. When the app makes a call, put the phone on speaker and enjoy the funny conversation.

Air Horns can be annoying or scary. If you blow it near a person who is busy or talking with someone, the person will be shocked. LAH is a 10 megabytes application that ships with a variety of horns. To make the phone play the horn, you should tap on the icons displayed at the bottom of the screen. LAH displays the number of times you’ve blown the horn. The sound of the horn depends on the volume of the phone. 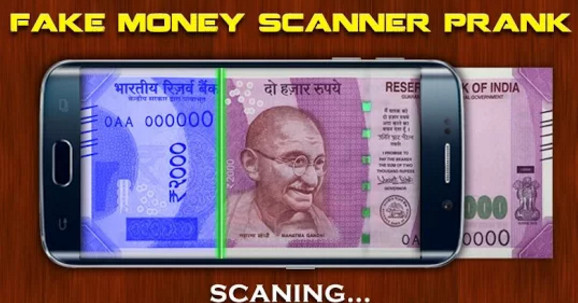 The money scanner is an Android application that uses the phone’s camera to simulate a money scanner machine. If you place a currency note in front of the back camera and tap on the start button on the interface of the app, you’ll see one of the following two results:

The app features a nice scanning animation. It saves a picture of the currency note on your phone.

Have you seen YouTube prank videos? If yes, you may know that prank videos are always trending on the video streaming site. This proves everyone loves prank.

Guys, you don’t have to spend hours thinking about the best pranks to do at home or on friends, siblings. Just download the apps we’ve shared in this article and use them.

I hope you are not waiting for the April fools day. Your friends or siblings may be aware that you’ll play a prank on them on the 1st of April. Your plan to fool them will not be effective. Hence, download the apps from the above list and start pranking straightaway.