Developed by Microsoft Ensemble Studios, Age of empires is one of the most popular strategy games of all time. AOE was launched in 1997. It is addictive, fun to play, and has a huge fan following.

In AOE, the player’s objective is to build a base, troops, protect the workers and destroy other bases. To build troop, you must build Forts, Stables, Workshops and to create a structure, you must assign the workers the task of collecting natural resources.

You can create as many structures as you want. The best thing about this game is that you don’t have to spend money to buy land, upgrade the skills of characters or pay wages to the workers. You can play Age of Empires in two modes, single or multiplayer. AOE becomes a challenging and interesting game once the enemy starts attacking your base.

Although AOE is a popular game, Microsoft hasn’t launched a new game in the AOE series since 2015. This has not gone well with the hardcore fans of AOE. Well, the Age of Empires isn’t the only strategy game available for the Windows OS. Here’s the list of 6 great real-time strategy games that are as entertaining as AOE: 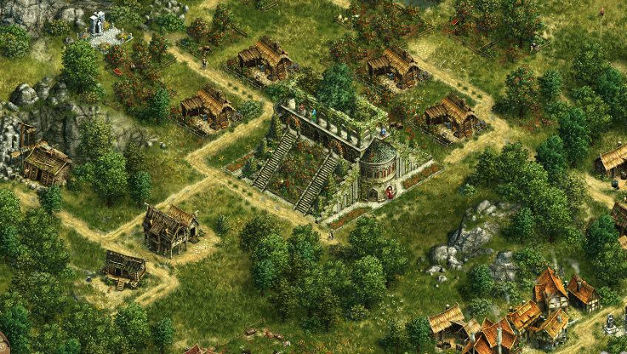 Anno is a browser-based strategy game developed by Ubisoft. In Anno, the player must build, manage, and protect his city.

Anno lets users build various types of public facilities, buildings, and factories in their city. If a player has gathered plenty of resources, they can trade resources with other players.

As in Age of Empires, your city will be attacked by rival players. To protect the city, you must build warships and deploy weapons on your base. The game allows you to keep an eye on the activities of their rivals. You can also build a base on other planets in Anno.

Anno includes many campaigns. It has good AI, nice background music, and good graphics. It gives a glimpse of what future cities would be like. 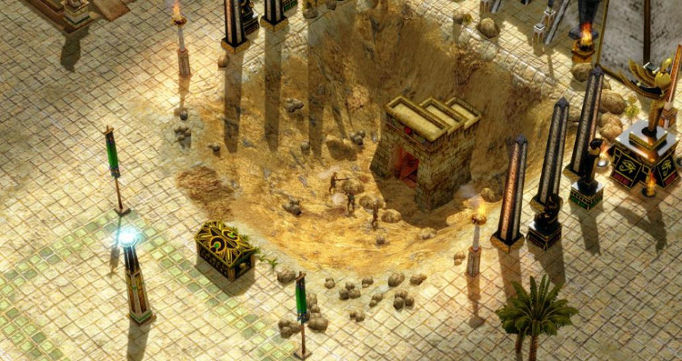 AOM is a historical game based on events that took place before 1000 B.C. Like AOE, AOM is an addictive, challenging, and interesting. Microsoft Ensemble Studios had launched AOM in 2002. The game’s graphics are similar to the Age of Empires but the characters, structures, and resources are slightly different.

The game allows users to choose one of these races – greek, Egyptian, Norse, Atlanteans and Chinese. Each race has its sacred structure and some weaknesses which the player must exploit. Age of Mythology includes 10+ campaigns.

To get started with AOM, the player must select a race. Then, they must build a town from scratch. The town can have up to 300 members i.e civilians and troops.

Age of Mythology allows you to edit scenarios. Users can play it in online or offline mode. AOM won’t teach you history, but it will give you an idea of the culture and civilization of some of the oldest races on the planet.

Blizzard Entertainment relaunched its one of the most popular games in the Starcraft series, SF Remastered in August 2017.

Starcraft Remastered supports 13 different languages. It has high-definition graphics and nice-looking effects. The game allows you to switch between original and modern graphics. It also includes the game’s original soundtrack. Starcraft has the option to turn on the observer mode. It allows users to play their favorite campaign in offline mode.

The latest edition of Starcraft lets users save their settings and progress on Blizzard cloud computers. It also allows users to see their statistics and create new campaigns.

In Warcraft, the player has to collect resources and use the collected resources to construct structures in their base. Unlike Age of Empires, the civilians and military units on the base are commanded by a Hero.

The Hero is the most powerful character in Warcraft. If he dies, the game will be over. Likewise, if the heroes of enemy races die, you’ll win the campaign. Warcraft lets users upgrade the skills of the heroes by completing certain tasks.

Users can play Warcraft in multiplayer or single-player mode. Blizzard has launched 15 games in the Warcraft series. Each game was a massive hit for the company. 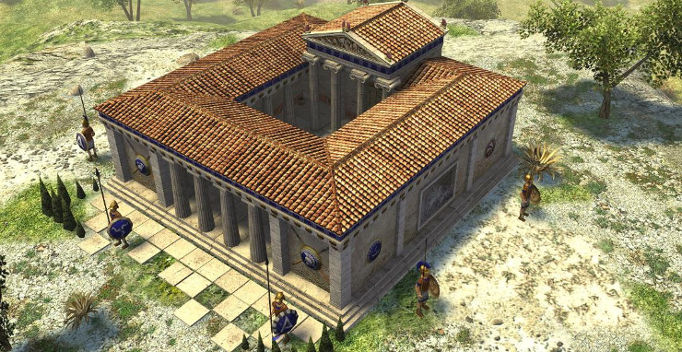 0 A.D. is an open-source cross-platform real-time strategy game that you can play online or offline on Linux, Windows or Mac OS. It features 12 races and has 3D graphics.

In 0 A.D, you must manage and protect your base. The computer-controlled hostile races will attack your base and troops. To protect your civilians and structures from the wrath of enemy forces, you can create naval or land-based units in 0 AD. The game has nice background music and many campaigns. It was awarded the best Indie game of 2017. 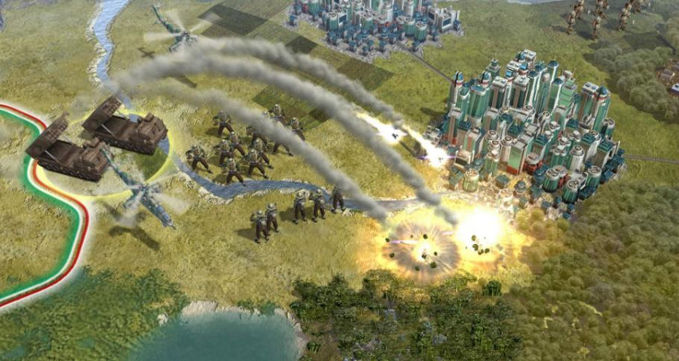 In Civilization V, the player must control a leader/heroic character and look after the well being and development of his race and colony. CV 5 has over 20 different races.

Like other strategy games like Age of Empires, Civilization V requires you to build a base, military structures, and trade units from ground zero.

The enemy forces will attack your base. To complete the campaign, you must destroy the enemy military units and conquer their base. To do so, you must gather resources and build your army.

Civilization V features several campaigns. It has a beautiful 3D map. You can play this game online or offline on your Windows or Mac PC.

Conclusion: Civilization V/VI, Starcraft, Warcraft, Age of Mythology, Anno, and 0 A.D are the best games like Age of Empires for PC.

A post graduate in CS, Pramod loves building and reviewing mobile and web applications. He looks after the content on this site and is passionate about the modern mobile operating systems such as Android, IOS, etc.
Google Datally review: App that saves your money by reducing data usage Top 6 Best Bitcoin apps for Android and iPhone