The mobile industry is growing at a very fast rate. There was a time when a person had to log into the computer to use the internet. Now things have changed. People are spending more time on phones than on computers because they can browse the internet by turning on the mobile data connection.

As mobile phones are being used by billions of people, companies are now accepting payments from mobile phones with WiFi or NFC technology. Smartphones powered by Android and IOS OS have killed many services which were widely used 10 years back when Nokia was the largest phone brand in the world. The services include SMS, MMS, GSM calls, etc. Most of the revenue of telecom companies come from internet related services.

Barcode use has been stopped by many companies because of the growing popularity of QR codes. Both are old technologies, but QR codes have become more popular because of smartphones. In the coming years, it may completely replace barcodes.

There are several reasons why QR codes are better than barcodes. The major difference between the two is the character limit. QRC can hold around 100 characters whereas BCs have a character limit of 48. The characters are arranged in a matrix (array) format and QR code reader apps can recognize them within 2 to 3 seconds.

QR codes make our lives easier. It isn’t easy to copy or open the website URL on mobile phones. If QR code has been added to the web page, the user can open the URL by scanning the code with a QR code reader application.

QR codes are now being used to verify identity. A good example of this is the desktop version of WhatsApp. When you use the official WhatsApp software on PC, you’ll be asked to verify your account by scanning a QR code.

QRCs are widely used in two-factor authentication and password manager apps for PC and mobile phones. Because of them, the user can log into a web service without entering a password or PIN.

QRS from a company called Scan corp is one of the most popular QRC reader apps. It has 50 million active installations and around half a million ratings. 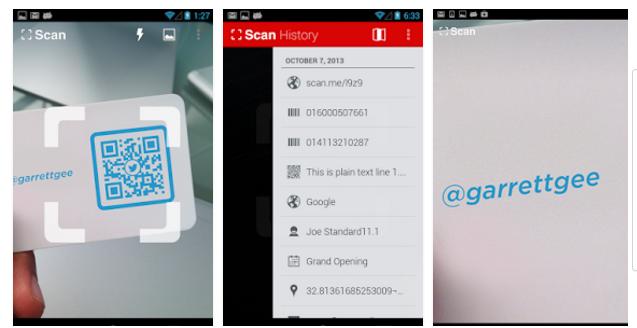 This app takes 11.4 MB space on storage memory. When you start it, QRS will open its inbuilt rear camera module which flaunts a rectangular focus area. To scan the code, hold your phone in such a way that the QRC is embedded in the focus area.

If you’re in a dark room, tap on the flash icon to turn on the flash. QRS maintains a history of codes you’ve scanned with it. The app has a settings section through which a user can disable vibration and sound. It is ad-free and simple. QRS scans QR codes embedded in pictures. It doesn’t require any permission.

Yet another top QR code reader for Android is this app from TWMobile. QRCR requires the camera access permission to work. When you run it, QRCR displays an image which explains its functionality. Its features are the same as found in the app from Scan corporation. Like the QRS, QRCR is an ad-free app. 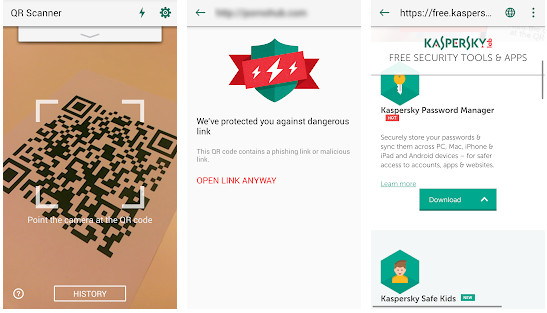 Kaspersky is one of the top security software development companies. A few years back, the company had introduced a QR reader app that not only decodes complex QR codes but also scans the URLs. KQS displays a warning whenever you try to scan a malicious code. KQS maintains a list of codes you’ve scanned earlier. It provides an option to turn on the phone’s LED flash. 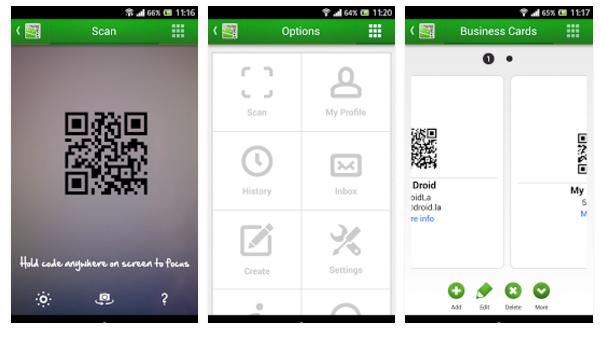 This Android app requires the below 4 permissions to function:

QRD provides more features than the above two applications. Below are the features of QR Droid Scanner:

QR Droid is a large app. Its APK file’s size is around 12 megabytes. 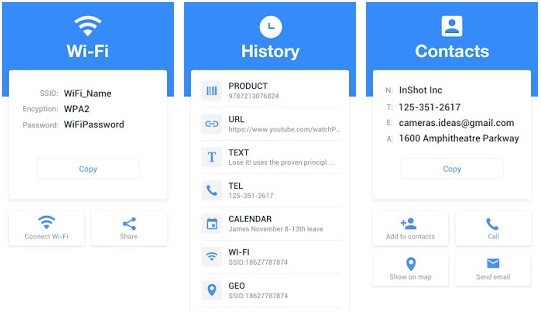 FQS is a great app to create, manage, and scan QR codes. It enables you to create QR codes for clipboard content, website URLs, WIFi connections, contacts, etc. QRs you’ve created/generated are displayed in the “Create” section of the app.

FQS saves the codes you’ve recently scanned on your device. To see the list of these codes, open the app’s “History” interface. You can configure FQS to play a beep sound when the scan was successful. FQS supports 20+ languages. Its size is around 5 megabytes.

Must Read: Best Voice to Text Apps for Android with 100% Accuracy

Conclusion: If you’ve encountered a QR code, the above apps will help you to scan it. The applications are free and they work well on most Android devices.

A post graduate in CS, Pramod loves building and reviewing mobile and web applications. He looks after the content on this site and is passionate about the modern mobile operating systems such as Android, IOS, etc.
Microsoft Office Lens is a powerful document scanner for Android Best Android yoga apps to improve physical and mental strength