The demand for budget Windows phones is high, but none of the top phone manufacturers are launching them because of only one reason – the Windows OS is not free. Companies must buy a license for the OS before they install it on their devices.

If you’re planning to switch from Android to Windows mobile but can’t do so because the device isn’t available in your region, use the best Windows launcher apps we’ve shared below to give your phone the look and feels of the Microsoft operating system. 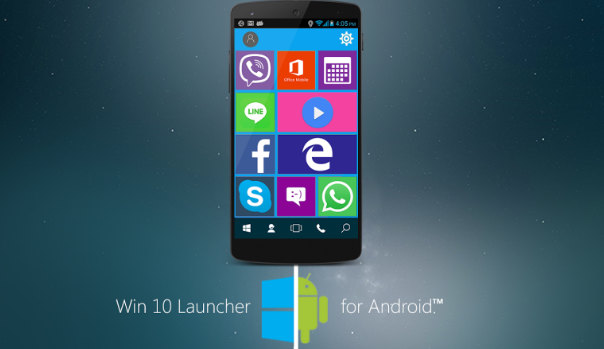 W10L is a tiny application which takes about 4 megabytes storage space on the phone’s ROM. Once you install the launcher, run it. W10 will open its main UI where you’ll find Windows OS like tiles arranged in a systematic manner.

The launcher features a start menu that highlights a list of apps which do not appear on the Android home screen. The start menu provides a basic search tool that allows users to find an app quickly. The Windows launcher for Android lets users replace the tiles appearing on their home screen.

The application arranges two or three tiles in a single row. It supports landscape and portrait modes. 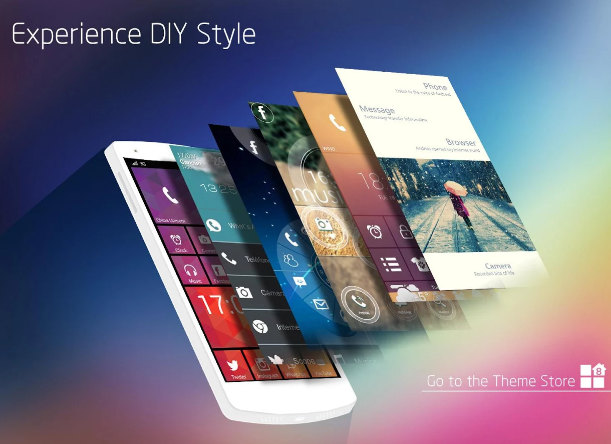 The app adds a Windows 8.1 OS style launcher to your phone. It comes with Windows style lock screen and allows you to set a password to prevent unwanted access to the home screen interface.

Once you enable password protection, the lock screen will show a text field to allow users enter the password and unlock the device.

The Windows launcher for Android enables you to change the icon size and lets you reposition them. It allows you to adjust the transparency of the interface and define the grid size.

Before using the app, users must provide the following permissions for it:

The Windows launcher app lets you change the current theme to one provided by the launcher’s official theme store. It has an excellent rating of 4.4. Its APK is 8.5 megabytes large. 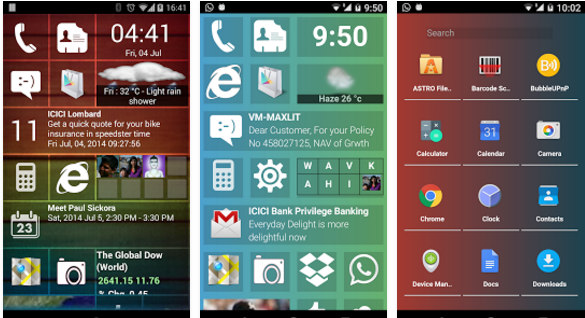 H10L comes with a wizard interface that prompts you to:

The app supports live tiles for some apps. Hence, don’t be surprised to see a new notification alert on the tile. H10L comes with the support for native Android widgets. It allows users to alter the default position of the tiles and pin contacts to the home screen.

The free version of this Windows launcher app offers over 45 different color themes. It packs a nice UI and has an APK size of 14 megabytes. 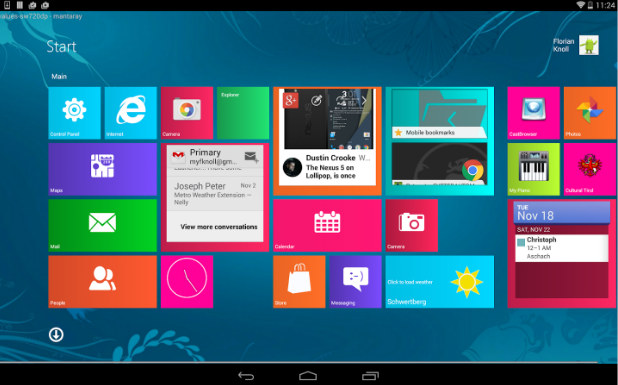 ML8.1 is an application that adds a beautiful Windows launcher to your Android mobile phone. The design of the launcher is inspired by the mesmerizing look and feels of the Windows 8.0 operating system.

Metro Launcher 8.1 enables a stylish metro style homes screen in your device. It supports basic customization. You can pin contacts or add your favorite widgets to the launcher.

ML8.1 provides a beautiful sidebar that resembles the Charm bar of the Windows OS. The Windows launcher for Android remembers apps you’ve used recently. It displays the list of recently opened apps in a list.

The sidebar comes with search module and displays a list of icons of your favorite applications.

To set the above Windows launchers as the default launcher on your Android device, open the Android settings panel and tap on the home option. Now, select the launcher of your choice from the list.

Conclusion: Instead of spending money on a new mobile phone or a tablet PC, install the apps we’ve mentioned above to give your Android mobile phone a new user interface free of cost.

A post graduate in CS, Pramod loves building and reviewing mobile and web applications. He looks after the content on this site and is passionate about the modern mobile operating systems such as Android, IOS, etc.
Top 5 Best Apps like Uber 5 Best Android ROMS for old and new phones